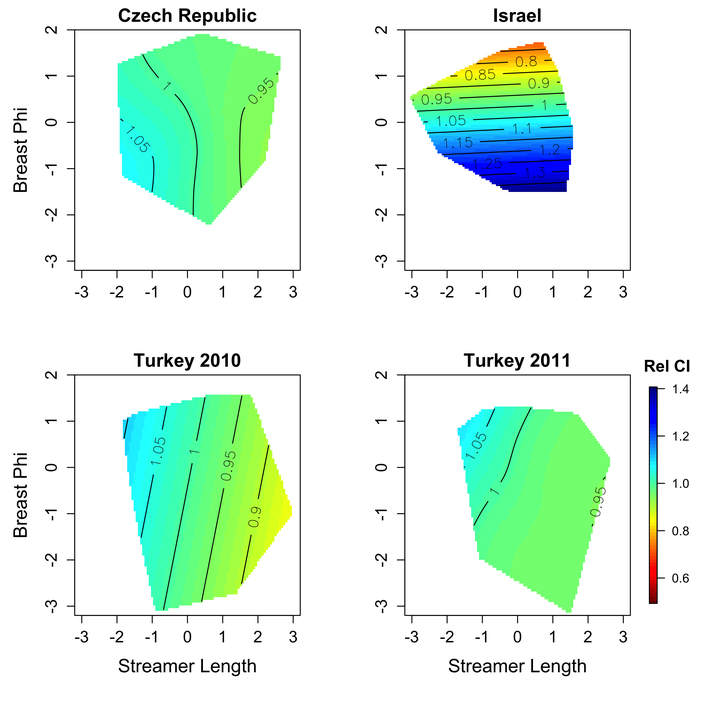 Sexual selection plays a key role in the diversification of numerous animal clades and may accelerate trait divergence during speciation. However, much of our understanding of this process comes from phylogenetic com- parative studies, which rely on surrogate measures such as dimorphism that may not represent selection in wild populations. In this study, we assess sexual selection pressures for multiple male visual signals across four barn swallow (Hirundo rustica) populations. Our sample encompassed 2400 linear km and two described subspecies: European H. r. rustica (in the Czech Republic and Romania) and eastern Mediterranean H. r. transitiva (in Israel), as well as a potential area of contact (in Turkey). We demonstrate signifi- cant phenotypic differentiation in four sexual signalling axes, despite very low-level genomic divergence and no comparable divergence in an ecologi- cal trait. Moreover, the direction of phenotypic divergence is consistent with differences in sexual selection pressures among subspecies. Thus, H. r. transi- tiva, which have the darkest ventral plumage of any population, experience directional selection for darker plumage. Similarly, H. r. rustica, which have the longest tail feathers of any population, experience directional selection for elongated tail feathers and disruptive selection for ventral plumage satu- ration. These results suggest that sexual selection is the primary driver of phenotypic differentiation in this species. Our findings add to growing evi- dence of phenotypic divergence with gene flow. However, to our knowl- edge, this is the first study to relate direct measures of the strength and targets of sexual selection to phenotypic divergence among closely related wild populations.