Signal Traits and Oxidative Stress: A Comparative Study across Populations with Divergent Signals 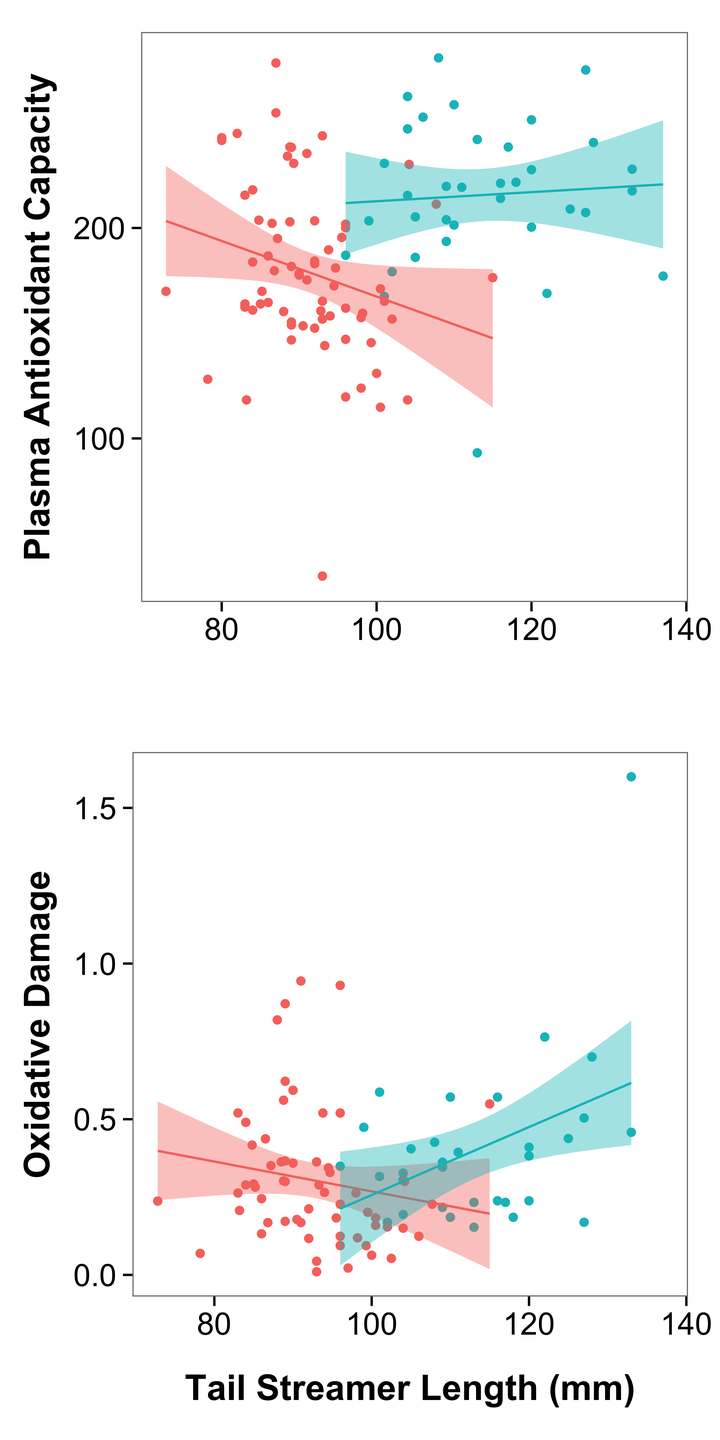 Diverging populations often shift patterns of signal use—a process that can contribute to reproductive isolation and speciation. Yet it is not clear why most traits gain or lose signal value during divergence. One reason this could occur is because changes in the relationship between signals and relevant physiological parameters degrade the reliability of a signal, or even change its underlying information content. Here we test the hypothesis that the relationship between signal trait elaboration and a central component of organismal health—oxidative stress—differs across closely related populations that have diverged in signal use and preferences. In the recently diverged barn swallow subspecies complex (Hirundo rustica, Family: Hirundinidae), different populations use different traits as sexual signals. Two of these traits, ventral breast plumage color, and tail streamer length, differ markedly between North American H. r. erythrogaster and European H. r. rustica. Despite this divergence, variation in ventral plumage color was similarly associated with measures of oxidative damage across both populations. However, the directionality of these relationships differed between the sexes: darker male barn swallows had higher levels of plasma oxidative damage than their lighter counterparts, while the opposite relationship was seen in females. In contrast, relationships between tail streamer length and measures of oxidative stress were not consistent across populations. Some analyses indicated that in European H. r. rustica, where males bearing elongated streamers are preferred as mates, longer-streamered males were more oxidatively stressed; however, the opposite pattern was suggested in North American H. r. erythrogaster. Tail streamer length was not associated with measures of oxidative stress in females of either population. Differences in the physiological state of stronger signalers across populations and between the sexes may be related to costs or constraints on signal elaboration (e.g., biochemical pathways associated with melanogenesis), or reflect differences in how signal-mediated social interactions influence oxidative stress. Overall, our results suggest that while some phenotypic traits appear to be capable of conveying similar physiological information regardless of their use as signals, divergence in other phenotypic traits may be associated with shifts in their information content.